Changing Perceptions is Free; Pet Owner Support is Not

It seems like every month a new project pops up to “change perceptions” of pit bulls. From children’s books to merchandise, and even a march on Washington, there’s no shortage of requests for donations to fund these efforts.

Which begs the question: Does “changing perceptions” require spending money?

But after working in animal welfare since 2008 (spending much of that time on pit bull-related projects) and after taking cues from other social movements, I can say without a doubt that “changing perceptions” doesn’t require any money at all. Not…a…single…cent! 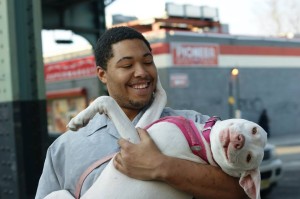 In fact, I’ve come to realize — like many others involved in social movements and cultural change — that the most effective, tried-and-true method of changing minds is by interacting with our fellow human beings.

I’m talking about real life, face-to-face encounters, showing people that what they thought was true doesn’t match what’s in front of them. I’m talking about making it personal, putting actual names and faces behind abstract concepts. I’m talking about boots (and paws) on the ground, getting out into the community and [gasp!] talking with our fellow citizens.

And I’m talking about connecting with the people who already embrace pit bulls and letting the dogs speak for themselves.

But doesn’t that cost money? Don’t we need an official event? With t-shirts? And a press release? And sponsors? 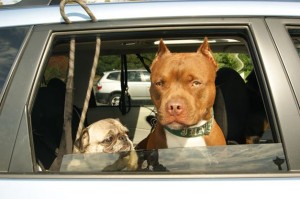 “Pardon me, would you have any Grey Poupon?”

In fact, the most effective encounters happen when people are least expecting them: during walks, at the park, in the vet’s office, or even riding in the car with your dog.

(Really, some of my favorite encounters have happened at stop lights, when my dog was looking out the window and the car next to me couldn’t help but notice.)

It’s back to basics. It’s old fashioned. It’s unexpected. And it often works better than staged marketing campaigns that “sell” an idea. 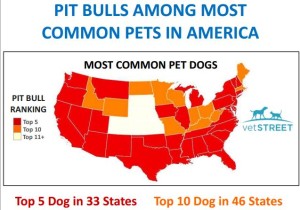 The good news? Momentum is building and times are changing.

We’re learning that pit bulls are already one of the most popular pets in America. While there’s always room to open minds, we don’t need to “sell” people on acquiring one; they’re already out there, in much larger numbers than we thought.

Now, a major shift is underway in animal welfare: we’re evolving from “changing perceptions” of pit bulls to changing our own perceptions of what they need. 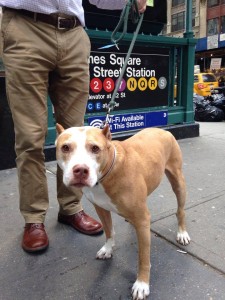 You can take action by directing your donations to projects that help pet owners in need.

There are groups around the country working their butts off to find the pet owners in need and share resources and information with them. They are community groups like Downtown Dog Rescue, Dolly’s Foundation, One Tail at a Time, Citizens for a No Kill Philadelphia, the Coalition to Unchain Dogs, and BADRAP. They’re animal shelters like Heritage Humane Society and the Animal Rescue League of Iowa. And they’re national organizations like the Humane Society of the United State’s “Pets for Life” program.

These are just a few of the groups on the ground, but they all represent a fundamental shift in what we perceive to be the problem and what we can do to take action.

These program are having a direct and positive influence on the dogs and the people who love them. 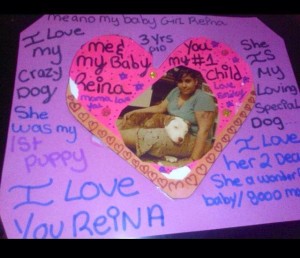 Sonia and Reina are Members of our “Ruff Riders” Family. We love them!

When we made Beyond Breed into a non-profit organization in 2013, we had a choice for how to conduct our outreach projects: we could focus on the abstract goal of “changing perceptions” of pit bull dogs, or we could go into the community and provide direct support to the many people who already had them.

We chose the latter and our “Ruff Riders” project was born, funded entirely through donations from people like you.

Changing perceptions is free. Pet owner support is not. Whether you support us or another organization, we hope you take action!