Displaced Prejudice: Who Do We Really Fear?

What’s fueling breed discrimination? Is it always a fear/hatred of certain dogs? Or is it sometimes about our deep-rooted prejudice against certain people?

Consider Zoe Williams’ January 2012 article from The Guardian: Who do we fear more – the dogs or their owners? 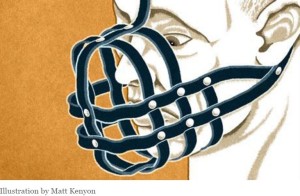 “People talk about “weapon dogs” without needing anything as coarse as evidence that the dog might be used as a weapon – all that really means is a burly staffordshire bull terrier with brass chest furniture in the company of young, ideally black, men.”

“It would never be OK to say: “I’m afraid of young men, especially large groups of them, especially the ones without much money” – so in order to articulate that, these people are broken down into their constituent parts.”

“It’s not them you’re afraid of, it’s their dogs, or their hoods. And each rationalisation is justified on some generalised pretext – a criminal might wear a hood, ergo hoods suggest criminality; staffs have strong jaws, ergo all staffs are weapons. And that in itself is usually syllogistic – but it also has the effect, in reducing a person to his accessories, of dehumanising the person.

“Intellectually, it’s interesting to watch how prejudice works, the circuitous routes it takes, its iatrogenic consequences. But as the owner of a staffie crossed with a ridgeback, it’s not interesting, it’s annoying.”