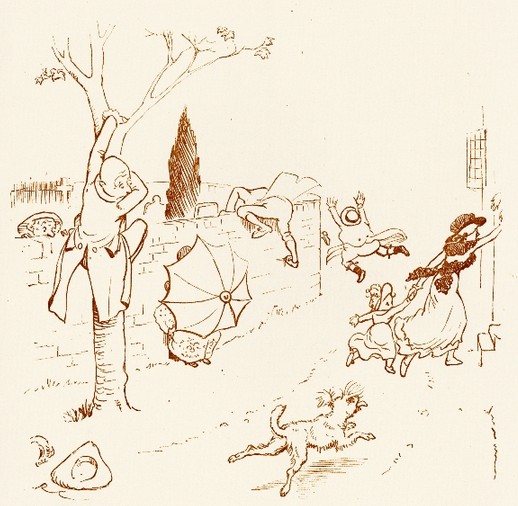 Photo Credit: “An Elegy on the Death of a Mad Dog,” by Oliver Goldsmith

Question: What kind of dog are they talking about in these news quotes?

“In one Western city, in a _____ dog scare, valiant cops would walk along the sidewalk and shoot dogs as they lay asleep on their masters’ doorsteps.”

“A dog gets lost in a crowded street. He runs up and down, getting more and more scared and confused every minute. Maybe some kids get to chasing him or stoning him. He foams at the mouth. He’s so scared he thinks everyone is an enemy. He gets to snapping. Then goes up the good old yell of ‘_____ dog!’ again.”

“A poor harmless street dog gets a fit or is stoned by boys till it’s in panic. It snaps at someone. Fear does the rest. The whole town is scared stiff. For weeks, every dog that is off its feed or dumpy or sick or unhappy gets shot as a _____ dog. Every dog has to wear a muzzle or be chained up or kept indoors.” 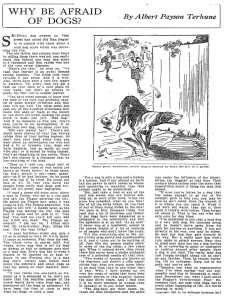 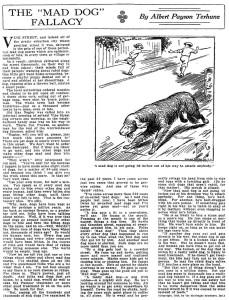 It’s a classic example of how fear spreads hysteria and blurs rational thinking, causing us to misinterpret normal dog behaviors and engage in irrational follow-up actions.

It’s similar to how we’ve thought about targeted dog breeds over the years. It also sheds light on the problem with shelter dog adoption policies that restrict certain breeds, based on fear.

Once a breed has been targeted, we interpret every behavior the targeted dog exhibits as an act of deviance and danger. We misinterpret normal dog behaviors and respond by restricting adoptions — or prohibiting them altogether. These actions always fail because the problem was overstated and poorly understood to begin with.

The article above, “Why Be Afraid of Dogs,” includes a fable that shows why fear itself presents a greater risk than does the object in question.

The fable is about a man in Persia who sat at a city gate and saw the Plague entering the city. He asked the Plague how many people it was going to kill. The Plague answered, “I’m going to kill 300.”

The Plague answered, “I did not lie. I killed only 300. My twin-brother, Fear, killed the rest.”

How many dogs have been victims of fear? 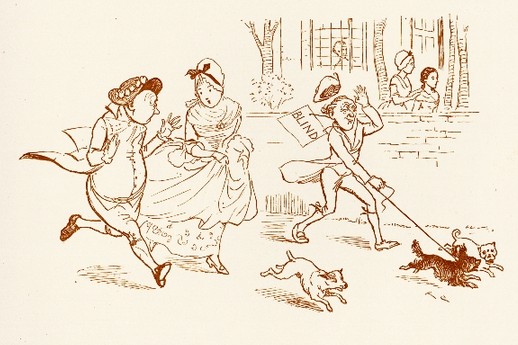 Photo Credit: “An Elegy to a Mad Dog,” by Oliver Goldsmith