I recently read this article about how women are portrayed in the media, especially when they excel in fields traditionally associated with men. It shows how gender is emphasized  when describing females’ achievements, but when a man accomplishes something his achievements are described without reference to “being a male.”

The author –Christie Aschwanden, a health columnist for the Washington Post — wants to change this.

Beyond Gender: The Finkbeiner Test 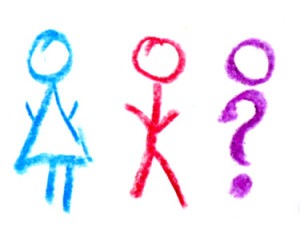 In other words, Aschwanden says it’s simple: “Write about the subject as if she’s just a scientist,” not from the perspective of her gender.

Breed: The Default Language of Dogs

“The Finkbeiner Test” got me thinking about dogs and how breed has been the default term we’ve used to describe them, even when breed is not a relevant factor.

Even in the most extreme cases –when a dog saves someone’s life — we credit the dog’s breed for the behavior. We assume that breed led the dog to act heroically, rather than the dog’s heroism itself.

What about describing the everyday things our dogs do? Even then, we use breed as our default language. Take my dogs, for example (shown below).

Then our friend met Cappy. Cappy is a mutt/mixed-breed/breedless dog (bottom right). He did the same exact things that Nancy Reagan did: he was affectionate and he chased tennis balls. How did my friend describe him? “Cappy is so nice — he’s such a good dog!” “Cappy loves those tennis balls — such an athletic dog!” 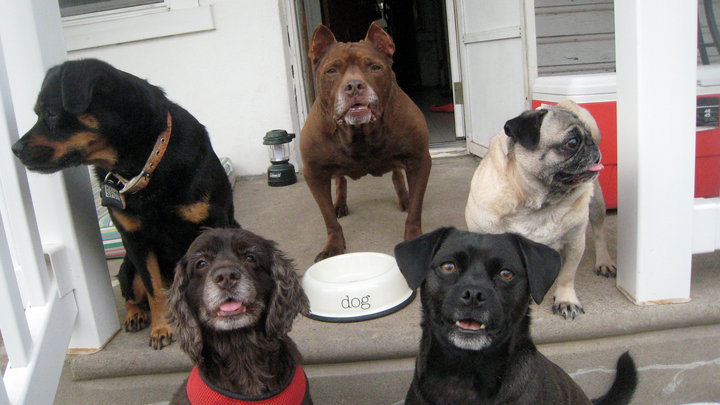 Why does this matter? Because using breed as a default language to describe all companion dogs has the following consequences — especially for homeless dogs in animal shelters:

(1) We attribute both positive and negative qualities to a specific breed, instead of  understanding them as a function of the species as a whole.

(2) It leads us away from viewing — and valuing — all dogs as individuals.

(3) Since many dogs today are mixed-breeds, this language doesn’t accurately describe that population of dogs in America.

Beyond Breed: The Fannie Test 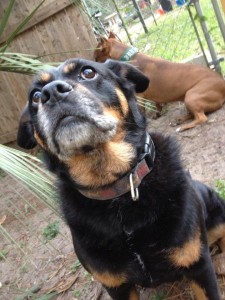 This is my dog Fannie (left). She’s a mutt. She’s breedless. A “Heinz 57.” And she’s a great dog: affectionate with people, athletic, loves the outdoors. Fannie has her quirks, too. She’s terrified of loud noises, she hates our other dog Martha, and she’s not that bright.

What I love about being Fannie’s guardian is that all her qualities are viewed as a function of Fannie as an individual dog, because there’s no breed to attribute these qualities to.

Best of all? When Fannie makes me smile, Fannie gets all the credit…..because Fannie is a damn good dog.

So what’s “The Fannie Test” and how can animal shelters apply it?

It’s simple: “Write about the subject as if she’s just a dog,” not from the perspective of her breed — or absence of it.