Animal abuse registries are a hot topic. Since I have several dogs that were victims of abuse or neglect, people have asked me to support legislation that would require convicted animal abusers to register in a newly-created “animal abuse registry” with mandated reporting requirements.

Sounds like a great idea, right? Who doesn’t want to prevent animal abuse and neglect?

But I am opposed.

Here are 15 reasons why I do not support legislation to create animal abuse registries with mandated reporting requirements:

#1: Unless a person has prior animal cruelty convictions, he or she would not appear in an animal abuse registry. Only individuals with previous convictions would be captured; the registry would not include allegations, open cases, or cases where charges were dropped. The registry would do nothing to prevent “first-time abusers” from acquiring and harming animals.

#2: Most animal victims of intentional abuse (as opposed to neglect or hoarding) are likely family pets who were harmed by other family members, harmed during domestic violence scenarios, harmed during neighbor disputes, or strays. In other words, the offenders are not acquiring new animals from shelters or pet stores; they are abusing the animals already at their disposal, and access to these animals would not be hindered by a registry.

#3: While there have been isolated cases of individuals acquiring animals from shelters or pet stores for the sole purpose of inflicting harm — and they tend to become high-profile media stories — these rare cases are not the norm. Furthermore, few (if any) of the known perpetrators had prior histories of animal cruelty convictions and thus would not have appeared in a registry.

#4: Animal cruelty convictions are already a matter of public record, and anyone can access this information through the court system. The ALDF’s claim that this information “is hard for animal shelters, rescue groups, pet stores and the public to access on their own” is inaccurate and misleading.

#5: Pet-Abuse.com already maintains an extensive animal cruelty database that is free and user-friendly. This database is a one-stop-shop that allows users to search by name, location, year, type of cruelty, and other factors. It also includes all outcomes, not just cases that resulted in a conviction.

#6: Conviction rates for animal abuse are very low. According to Pet-Abuse.com, only 24% of the 17,160 cases of animal abuse in America resulted in a conviction. By focusing solely on convicted abusers, we will miss approximately 75% of cases involving potential abuse. Registries of convicted animal abusers are under-inclusive and thus ineffective.

#7: The two most common forms of animal cruelty in America are neglect (32.3%, or 5,547 cases) and hoarding (12.4%, or 1,499 cases). These are different than cases of intentional abuse (e.g., physical violence, fighting, torture) and require different approaches for working with the offenders.

#8: While there are certainly cases of pet owners willfully and knowingly denying animals of their basic needs — and these cases also tend to get significant media coverage — they are not the norm. Many cases of neglect stem from lack of affordable and accessible pet care, and these pet owners are usually not malicious or uncaring. Sometimes barriers make it harder to obtain veterinary care: finances, transportation, knowledge of services, language, physical ability, etc. The solution is to increase access to resources and increase pet owner support for people most at risk. A registry does nothing to reduce barriers or increase access. 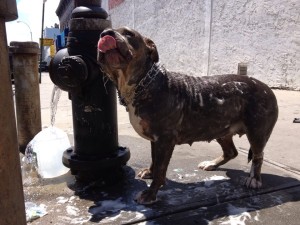 This dog’s owner was told to treat hotspots with used motor oil. He loved his dog deeply, but had been given the wrong information.

#9: Lack of information can also lead to neglect, and malicious intent is not to blame. We see this especially when pet owners turn to “home remedies” or receive unreliable advice to treat conditions like mange or anorexia (i.e., not eating). For pet owners who live in “resource deserts” where affordable and accessible veterinary care is not available, these can seem like the only “solutions” available. This disconnect can only be addressed through outreach and pet owner support, not a registry or public shaming.

#10: Discriminatory dog laws and housing policies can also lead to animal neglect and suffering. There are cases where pet owners hide their animals from landlords, coops, condo boards, or homeowners associations because of discriminatory pet policies (e.g., no-pets allowed, breed or weight restrictions, limits on the # of pets). In areas with breed bans or restrictions, dog owners hide their pets to avoid having them seized and killed by law enforcement. When pets are forced to hide, owners cannot risk taking them to the vet or socializing them, which can lead to physical and/or mental suffering. A registry would not prevent this. These forms of suffering must be ameliorated by repealing discriminatory dog laws and increasing pet-friendly housing options.

#11: In cases involving people who hoard animals, the offenders rarely get convicted of animal cruelty since mental health plays such a large role and there is rarely malicious intent. These individuals would not appear in the proposed registry unless they were convicted. 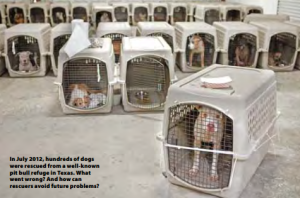 Photo Credit: HSUS. Some of the dogs seized from Spindletop, a rescue that neglected the dogs in its care.

#12: With regard to animal victims originating from a shelter, far more abuse cases are related to rescues gone bad. These animals are usually victims of hoarding and/or neglect, not intentional abuse. We don’t need a registry to address this; we need shelters and pet owners to effectively screen and follow up with the groups taking their animals.

#13: People who hoard animals have a significant risk of recidivism and are likely to continue acquiring animals. These situations require interdisciplinary support from mental health professionals and social workers in order to reduce repeat offenses. A registry only adds to the stigma these individuals already face and could jeopardize the ability of professionals to successfully engage with people in need.

#14: Calls for legislation to create new animal abuse registries are almost always spurred by high-profile, tragic animal cruelty cases that evoke panic and fear. They serve as a placebo to make us feel  better, but they don’t produce significant and lasting change. As noted by Political Science Professors Susan Hunter and Richard Brisbin, Jr. who researched the effectiveness of breed bans, panic policy-making rarely yields meaningful results and can actually cause unintended harm for people and pets.

#15: Registries are reactive, not proactive. They will not — and can not — erase the suffering already inflicted or bring back pets whose lives were lost. Since funding and resources are limited — especially with government agencies facing budget cuts — we’re forced to choose which efforts will yield the greatest results. Focusing on these registries distracts us from opportunities to pass more meaningful laws to prevent future abuse and support pet owners currently at risk.

For these and other reasons not specified here, I do not support the creation of new animal abuse registries with mandated reporting requirements.

NOTE: I wrote this blog post in memory of my dog Sarge, who was seized from a man who routinely abused and exploited animals and continues to do so today. Though that cruel man was charged with numerous counts of animal cruelty in Sarge’s case and others that preceded and followed, he managed to escape convictions every time.  Would this man appear in an animal abuse registry? No. Do I support stronger animal cruelty laws that empower humane law enforcement and shelters that care for seized animals? Absolutely. Now let’s get to work! 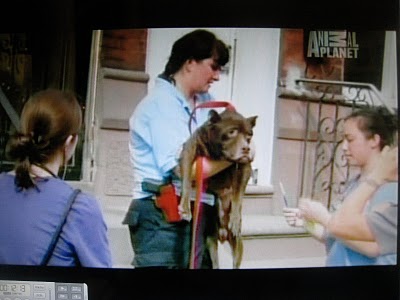 Sarge being rescued in 2008 from an alleged abuser in Philadelphia.