Does anyone else find it strange when shelter dogs are described in terms of “what they were historically bred for”? As if these dogs arrived in the city shelter via the pasture, circa 1750? 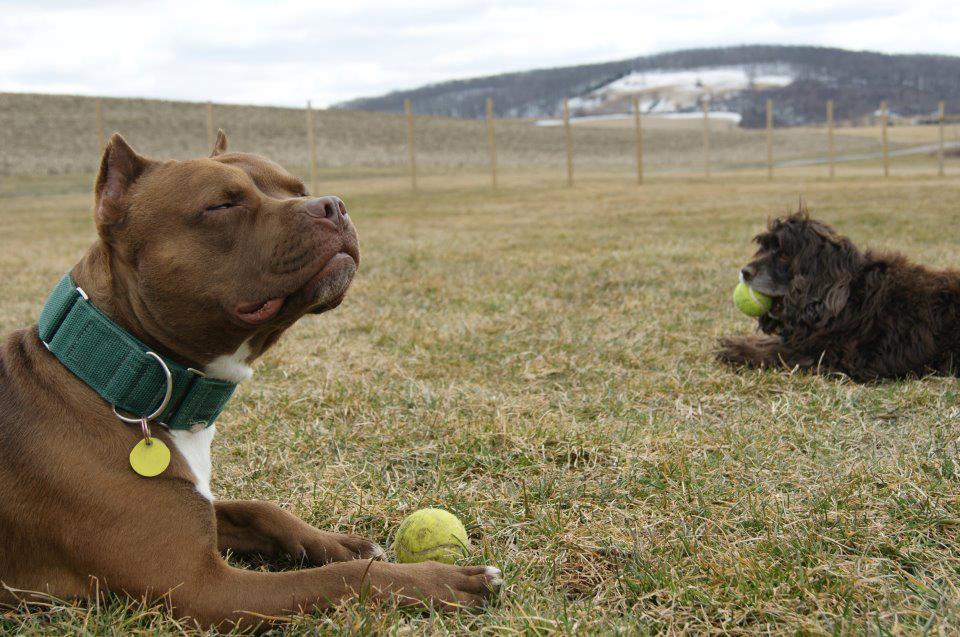 Nancy Reagan (right) came from a pet store in upper Manhattan. Bug (left) came from a backyard breeder in North Philly for $150. The only thing they were bred for was their appearance, not their behavior. They were never expected to do anything except look exactly the way they do…..which they do quite well!

Let’s be honest: Nancy Reagan isn’t flushing game for me while we hunt in the countryside, and I’m not wagering bets on Bug’s ability take down opponents in a fighting pit.

Yet when I read certain animal welfare websites, their descriptions of dog breeds and behaviors are like a time warp — suddenly I’m in the 18th century reading about working dogs.

Working dogs today are fascinating. I’m in awe of those dogs’ abilities to perform tasks for which they were selectively bred and conditioned. Ever seen a sheep herding trial? Amazing! Or a search and research operation? Wow!

But those dogs are few and far between, compared with the general dog population — the ones who get their jollies chasing tennis balls or farting on the couch….bless their furry little hearts! Working dogs just aren’t flooding shelters these days, because working dogs are no longer necessary for the average family (industrial revolution, anyone?). These days, we get dogs because of the way they look and the way they make us feel.

Are there a lot of fantastic pets sitting in shelters? You bet. Were they purpose-bred for specific working behaviors? Fat chance. And that’s what makes them candidates for life with a family.

Time’s have changed. So have the dogs. Time for us to change the way we talk about them.

If the majority of pet dogs today were bred for anything, it was probably just awesomeness.