“Put On Your Own Oxygen Mask Before Helping Others Around You” 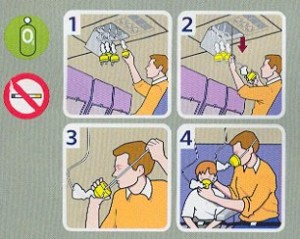 You know when you’re on an airplane about to depart, and the flight attendants do a safety demonstration?

They tell you: “In the event of an emergency, put on your own oxygen mask before helping others around you.”

I always thought that was nonsense!

In the event of an emergency, we should help the people least able to help themselves!

But as I grew older I realized, if we want to help the most vulnerable populations, the answer isn’t always to throw them an oxygen mask. Sometimes the most effective route is to give one to their caregiver.

This is where animal welfare seems to be headed: to give oxygen masks to the people who love their pets, but need help to support them.

Instead of “saving” the seemingly endless flow of animals entering shelters, we better serve the homeless animal population by preventing them from becoming homeless in the first place.

Is it all hunky dory? Heck no. You will get burned sometimes, because hey, we’re all human!

But if you’re in animal welfare because you hate people and just want to “save” dogs?

But most of all, for every animal we “save” from a less-than-ideal situation, there is often a human being left behind who is even worse off.

In the humane circle, that is not a win.

If we want to help animals at risk, sometimes we need to help their original owners put on their own oxygen mask first.